Discussing whether or not is is legal to use online backup for music opens a huge can of worms. It’s actually very difficult to provide a definitive answer, but my intention with this article is to come as close to a practical solution for  you as possible – so please read on!

A lot depends on where your digital music files actually came from in the first place. If you obtained some of your music via illegal torrents, or downloaded it in the “golden age” of Napster, Morpheus and AudioGalaxy, when acquiring digital music was still too much of a niche pursuit to attract much attention from the authorities, then you should be honest enough with yourself to accept that you do possess what is, essentially, illegal music. 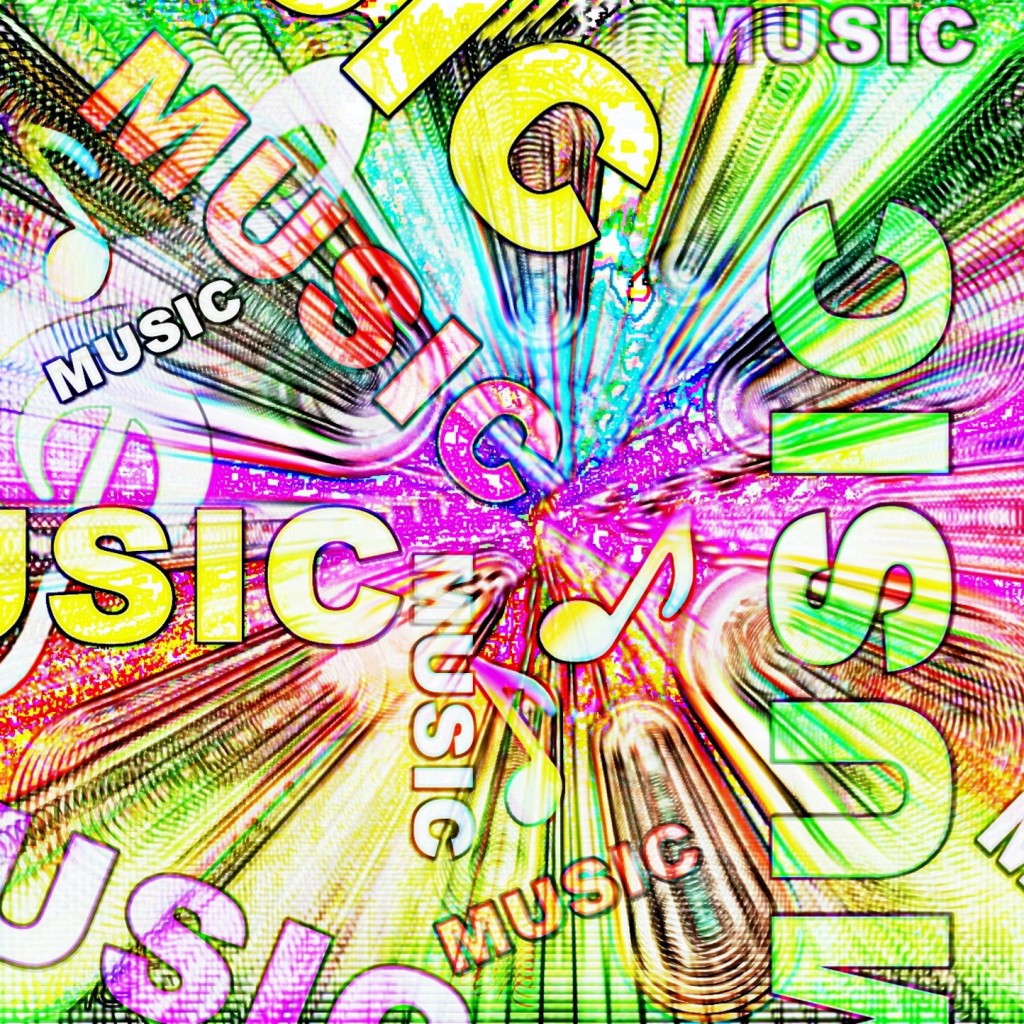 As such, it’s impossible to really argue that it’s even legal for you to have it in the first place, let alone to use online backup for music. However, if that’s a risk you’re comfortable with, you may also feel sufficiently comfortable to keep it backed up via a zero-knowledge backup service – but more on that later.

Even if you built up a digital music collection by “ripping” CDs you had already purchased and still “own,” then believe it or not you may still be on the wrong side of the law, due to some bizarre grey areas that exist in certain countries.

For example, let’s consider a report from The Telegraph late last year. This report confirms that a High Court ruling actually overturned a previous decision that “legalized” CD ripping in 2014. This means, believe it or not, that it’s actually technically illegal to turn CDs you OWN into digital files in the UK.

Obviously this isn’t a law that’s actively enforced. If it was, the authorities could have spent from 2001 to 2004 (the period between the launch of the iPod and the launch of the iTunes Music store) rounding up and prosecuting everyone using an iPod!

This bizarre grey-area actually goes back far beyond the launch of the iPod. Older generations will probably remember the “home taping is killing music” campaign. Under the laws as they stand in the UK, it’s also technically illegal to record a vinyl LP onto a cassette tape, and has been for most of the past three decades! 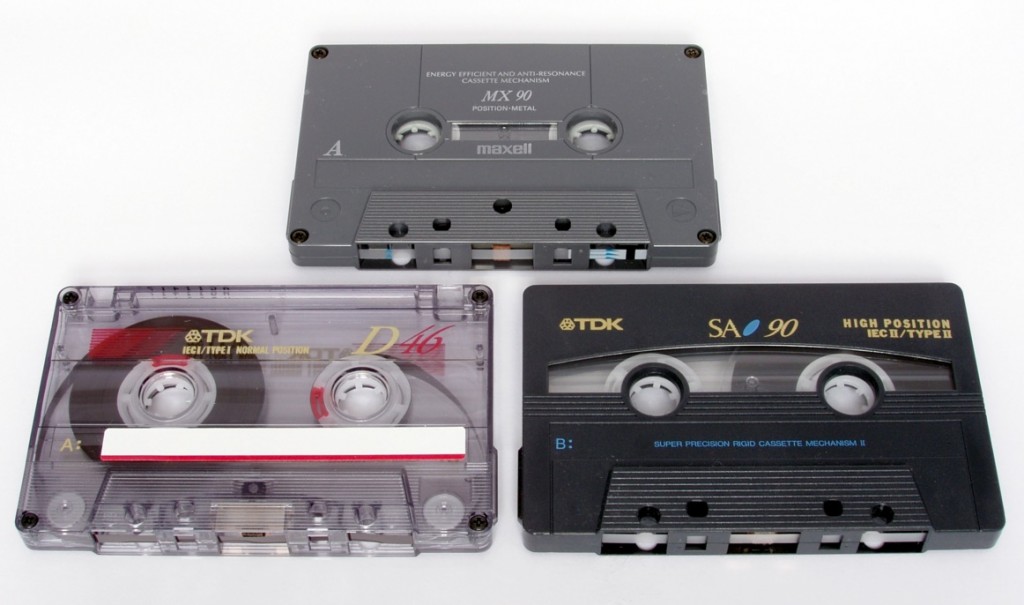 It’s important to note that these laws vary from country-to-country. The USA has a rather more sensible approach, where according to the RIAA, ripping CDs or making a digital copy of music “for personal use” is acceptable.

What are the implications for using online backup for music?

If you are determined to follow the exact letter of the law, regardless of how preposterous it seems, then you’ll need to find out exactly what laws are in place in your country.

If you are in the USA, and wish to use online backup for music with completely legal digital music, including ripped copies of music you have purchased legitimately, then it’s hard to see that you’re breaking any laws.

Conversely, if you are in the UK, thanks to that rather misguided High Court ruling, doing exactly the same thing is technically illegal. It’s only “as” illegal as recording the Top 40 from the radio was “back in the day,” and we’re not all in prison for that right now(!), but in terms of black and white thinking it IS illegal. 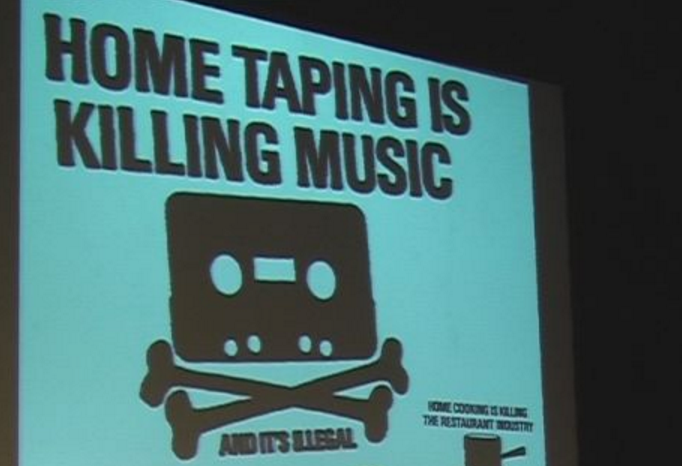 This Wikipedia resource discusses laws on CD ripping in various countries. Thankfully, the UK is in the minority with it’s prehistoric stance, but if you really want to be “too legit to quit,” you should check where your country stands on the issue.

What about “zero knowledge” online backup?

If you’re determined to use online backup for music, and you live somewhere where keeping copies is in a legal…grey area, one option for you is to use a “zero knowledge” online backup service like SpiderOak.

I’ve produced a detailed guide to zero-knowledge backup here, but briefly, thanks to end-to-end encryption, this kind of service works in such a way that nobody but you can ever see what you choose to upload to your backup service. This even extends to staff at the online backup company.

Simplistically speaking, this means you can upload whatever you want, even media files you obtained illegally. However, that doesn’t mean you won’t end up technically in breach of your provider’s terms of service.

For example, SpiderOak themselves say the following in their terms and conditions:

“You may not store, transmit or share through the Services…….any material (that) violates or infringes the rights of others, including without limitation patent, trademark, trade secret, copyright, publicity or other proprietary rights.”

I did warn you that this issue opens up a can of worms!

What about cloud storage for digital music?

Cloud storage services, such as Dropbox are similar to, yet distinct from, traditional online backup services.

Broadly speaking, there’s nothing to stop you using these to store legal digital music. However, things get more complicated if you’re going to make use of the sharing features available with these services.

Uploading music and then sharing it with three people is basically the same as burning three copies of a CD and handing them to three friends. A great many people do it, but we’re discussing whether it’s actually legal. Well it’s not.

With people increasingly using streaming music services for all their musical needs, there are thankfully some more legally straightforward options out there.

The first to emerge was iTunes Match. This looks at your iTunes music library, including the content you’ve imported from CDs, and allows you to store the whole lot in the cloud. To shorten the upload process, it recognises songs that are available in the iTunes Store, “matches” them and makes them available to you straight away, rather than pulling a copy up from your computer.

iTunes Match is far from perfect. You’ll find plenty of anecdotal reports of muddled up music libraries, especially from people with tens of thousands of tracks. However, this is a cheap(ish) alternative to manually uploading your music to an online backup service.

(If you’re interested in choosing a streaming music service, you may want to check out my detailed Streaming Wars” group test over on our sister site).

As a final aside, it’s worth noting that all of the above services are fully open to UK users, when technically it’s (currently) illegal to rip music from CDs in the first place. This certainly implies that nobody takes the CD ripping law that seriously!

As you’ve no doubt realised, the question of whether online backup for music is truly legal is a hard one to answer, and much depends on where you are located and where your music collection came from.

As such, I feel it best to offer a conclusion in the form of a few bullet points:

Want to learn more about online backup? Why not check out our recommended online backup services for Windows, or look at some scary statistics about backups and data loss.

4 responses to “Online Backup for Music: Is it Legal?”