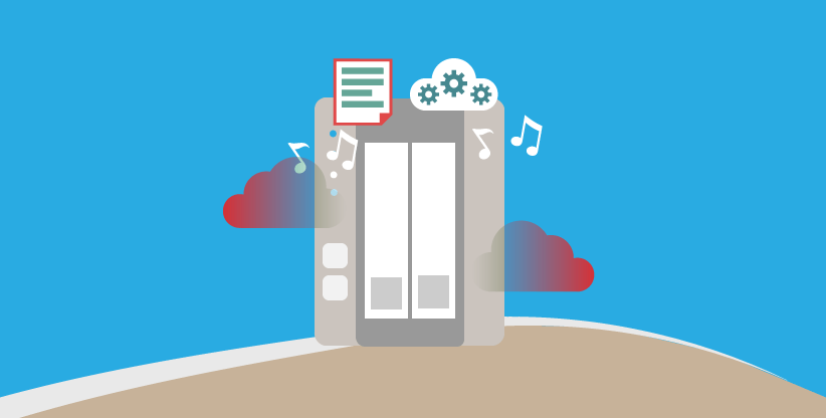 Setting up a commercial NAS storage device isn’t hard, although it can be a little time consuming. Most major manufacturers will send the device over with a handy setup guide, and there are plenty of resources on both company websites and tech forums that can help you out if you get stuck.  Also bear in mind that it's pretty easy to backup NAS to the cloud.

First, however, you’ll need to decide exactly what you’re looking for.

Commercial NAS devices - what to look for

Commercial NAS devices, especially models released in the past few years, offer a vast range of features - from home security management, to remote access and expandable storage space. So what should you prioritize?

Regardless of how many apps you can download, if there’s not enough space available for all of your files, your NAS storage will only be useful for so long.

Commercial NAS boxes for home users typically contain between one and four bays, with a storage capacity of up to around 8TB. Business products are much larger, featuring as many as 24 bays. Some come with the drives themselves included, while others (often referred to as BYOD, or Bring Your Own Drive devices) require you to supply them yourself.  Supported drives typically include SSDs, and 3.5” IDE and SATA hard drives.

How much space do you need?

If you’re backing up files from multiple devices, it follows that bigger is certainly better - but calculating what your network’s total storage capacity will need to be is an important step if you want to a) make sure that you don’t run out of space too soon, and b) avoid paying for a storage volume that you don’t need. Take a look at the Storage Space chapter of our Ultimate Online Backup Guide for guidelines on how much space your files really take up, and how big your NAS storage drive(s) should be.

You’ll also want to consider the potential for applying redundancy measures, such as RAID, to your data. Any multiple-disk setup should offer this, but in most cases you’ll need to decide how you want to configure your drives during setup - so it’s worth considering in advance how you want to use your disk space. For a detailed guide to different RAID levels, check out PC Mag’s great RAID Levels Explained article.

NOTE: During setup, you’ll also need to know your network login information, which defaults to username: admin, password: admin unless it’s been manually changed. Of course, for privacy reasons, we highly recommend using a custom password for your network - so if you’re still using the default settings, it might be worth taking a moment to increase your network security.

Although size is important, as everyone knows - it isn’t everything. So when you’re choosing your NAS, you may also want to take a few other factors into account.

Each brand of NAS comes with a different array of apps for managing files, playing media, remotely accessing data and even playing games. While there’s some overlap between different makes, if you’re looking for something specific, it’s worth checking out the specifics of the device you’re planning to buy.

Everyone knows how frustratingly over-complicated technology can be - and network storage systems are no different. QNAP and Synology are both produced for a mass market, so are fairly easy to use, although we find the Synology interface to be considerably less buggy and more user-friendly.

Going for a major brand is always going to cost you more, so if you’re looking to pay less for your NAS storage, it might be worth shopping around. Also, think in advance about how much storage space you’re going to want to use, as there can be a big price jump between a small and a larger model.

If you’d like to save some cash and don’t mind getting a little hands-on, you might want to consider a DIY solution (whether by setting up a DIY NAS using DD-WRT or building a DIY NAS from an old PC) instead.

As with all things tech, better hardware comes at a much higher price, so if you’re just looking for a home setup to store a few hundred GB of data, a top of the range processor might not need to be at the top of your priority list.

However, what you’ve got ticking away inside of your machine will make a big difference to its performance if you’re accommodating large numbers of users and frequent file transfers, and choosing a good processor and plenty of RAM will keep things running much more smoothly.

While almost all commercial network storage systems allow you to encrypt files during transfer and storage, as one of the most important ways of keeping your data secure, it’s (once again) worth checking the specifics of the devices you’re considering. You’ll also find firewalls, and even physical locks on devices that prevent disks from being stolen, and features like the Kensington Security Slot, which attaches your device to the floor or wall.

When it comes to backing up data, NAS users have plenty of options to choose from.

First, and most obviously, there’s NAS storage itself. Any number of users in your local network can save and access files on your NAS device just by logging into its shared storage area, from where you can create a variety of public and private folders, each with custom permissions.

When using a NAS, files aren’t stored on the internet, but within your local area network. This makes for faster transfers, as you won’t be limited by bandwidth restrictions, as well as more secure ones - thanks to the fact that you won’t have to hand over your data to an external company.

Many commercial NAS devices come with backup services already facilitated in the form of bundled apps or account settings. For QNAP NAS users, this comes in the form of their Backup Station - an integrated app that you won’t need to download manually, and which lets you perform secondary backups of your data to external drives, alternative locations on your NAS device, and remote devices.

It doesn’t stop there, either - other options include using your commercial NAS device for Time Machine backups, replicating your stored files on another network storage system using QNAP’s NAS to NAS function, and creating a copy of your data on a remote server using an Rsync replication process. In both of the latter cases, you’ll need to enable Rsync transfers on both devices before the copies can be made.

There is also RTRR (Real-time Remote Replication), used to apply changes made to your locally stored files to remote storage devices such as other NAS boxes, FTP servers and external drives. You can also alter RTRR settings to schedule these updates if you don’t want the process to run continuously in the background.

For businesses and organisations using NAS for data storage, you’ll also find support for Cloud storage with Amazon S3, although you’ll need to set up or use an existing Amazon Web Services account to make the most of this feature.

Most commercial NAS storage devices feature remote access options, allowing you to reach your files even when you’re not directly connected to their home network. With QNAP, this is done by using the myQNAPcloud app, which features a relatively simple setup process, after which you can simply login with an email and password to view and share files from any QNAP NAS that you’re registered to, wherever you are in the world.

QNAP’s remote access feature is largely taken care of on the manufacturer’s end, using DDNS (Dynamic Domain Name Service) and Auto Router Configuration, which requires you to use a router that supports the UPnP (Universal Plug and Play) protocol, and that UPnP will need to be enabled to achieve access.

Synology users will also be able to access their data from a distance, with their QuickConnect service allowing remote connections without reliance on UPnP.

If you want to keep the process of storing videos and images on your NAS device as straightforward as possible, QNAP is a good bet. Their One Touch Copy function lets you automatically upload videos and images from digital cameras, mass storage mode devices and Media Transfer Protocol (MTP) in just a few simple steps. Just plug in your device using the QNAP’s inbuilt USB port, select a destination folder within the NAS storage, and they’ll transfer automatically. Formats including BMP, JPG, GIF, RAW, MP4, mpg, wmv and mov are all supported, amongst many others.

For a more comprehensive backup system, you may also want to save your NAS data to the Cloud using an online backup service. Several major backup providers, including IDrive, CrashPlan, HiDrive, owncloud and ElephantDrive, have dedicated apps available for QNAP users.

In the majority of cases, backup apps create a new folder within a standard backup account, from where you can view and upload your NAS files. Our personal favorite is IDrive - check out our 5 Best NAS Backups for 2016 for an in-depth rundown of the best apps from well-loved online backup providers.

If none of the backup apps take your fancy, many online backup services also facilitate NAS backups - although you’ll need to mount your device as a lettered drive on your computer before it’ll be recognised as a file location. You can find some handy How To guides below:

You’ll also find a selection of more heavy-duty backup apps available for your commercial NAS device - the majority of which focus more on disaster recovery and long-term storage than accounts that you can quickly retrieve information from. Services such as Amazon Glacier, Microsoft Azure, and SFR are all available to both QNAP and Synology users, with storage space suitable for both personal users and organisations provided for a relatively low cost.

With so many apps available to commercial NAS users, it’s not just online backup providers that offer useful apps for storing your data online - there are plenty of other tools that help with things like file management and security.

Other apps include photo galleries, antivirus and torrenting programs, as well as a home surveillance management system that lets you compile and view data from multiple video and audio devices around your home.

You can also use your commercial NAS to form the basis of a home media center, in order to play music and videos from a connected TV. While Synology provides this service to smart TVs only, QNAP is a little more flexible, and lets you connect your NAS to any TV with an HDMI cable. Another major difference is that most of Synology’s media center options are run using Plex software, while QNAP offers a broader range of apps including Chrome and Firefox web browsers, Facebook, Spotify, and Skype.

Commercial NAS storage devices are great for home users looking for a quick and easy way to store files within their local network, although they do come with a fairly hefty price tag. For reviews and comparisons of the most up-to-date NAS storage devices for home users and SMBs, there are some great articles available on CNET, or you can head straight to the manufacturers’ websites and have a browse.

If you’re more interested in setting up a home NAS without paying a premium, then you might want to consider setting up a DIY NAS using DD-WRT. Alternatively, if customization is key, then building your own DIY NAS from an old PC might be worth thinking about too. Check out our guides for more info, or take a look at our Best Backups for NAS article!