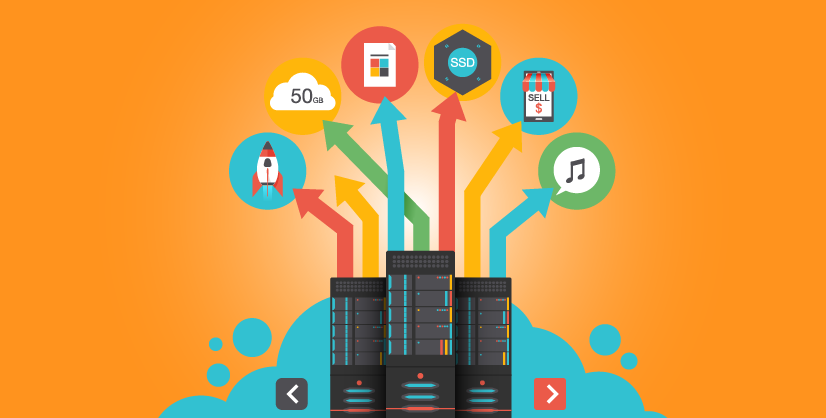 Talk to people about types of backup, and their minds will immediately drift to offline backup—such as external hard drives, DVDs, and good ‘ol USB sticks—or to the Cloud.

While there are some people who are fiercely devoted to one or the other, here at BestBackups we firmly believe that any good backup strategy should utilize both online backup and offline backup.

More and more, our lives are becoming dependent on our computers. We store our memories on our mobiles and SD cards instead of in photo albums, keep our contacts on Facebook and LinkedIn instead of in day planners, and lock up legal information and documents in the Cloud instead of in a safe.

Heck, even the majority of businesses are beginning to be run entirely on the web! And if they become victims of a data disaster, you don’t even want to know what the cost is. (But we’ll tell you anyway. It’s massive loss of revenue and, more often than not, bankruptcy.)

If you lose your data, you will lose so much more.

So without further ado, let’s look at the different ways in which you can store your data safely and smartly. 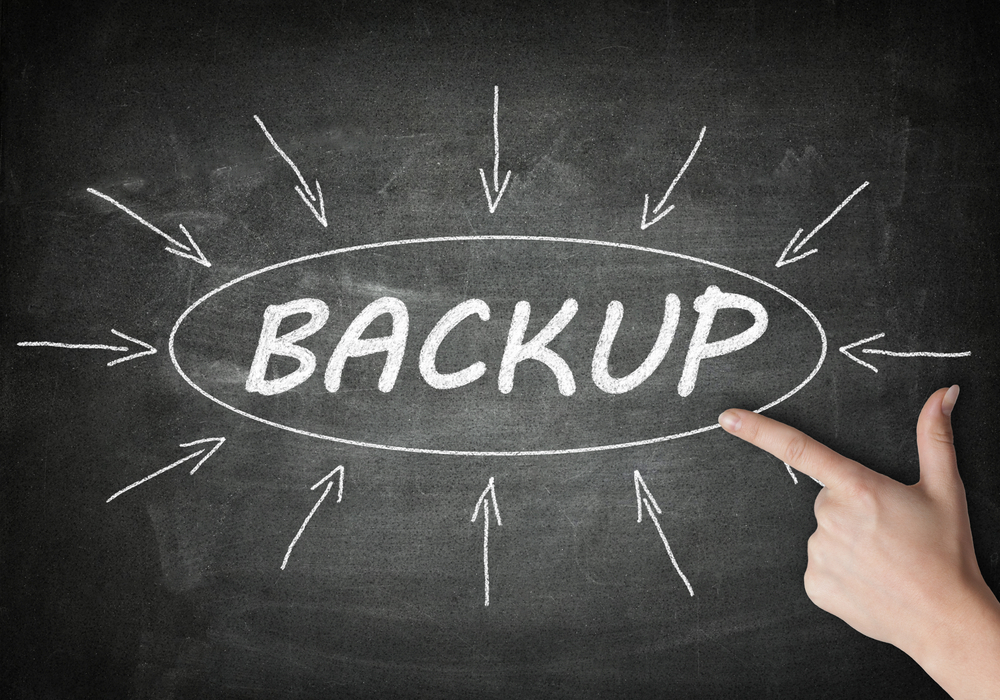 Most people are already familiar with both—and if you’re not, we’ve got a great summary of the two here—but remain bewildered as to why they’re not okay with just one or the other.

Here’s where we come in.

The term ‘offline backup’ refers to any form of data storage that is both local and offline. This includes, but is not limited to, DVDs, CDs, Blu-ray, tape drives, external hard drives, USB thumb drives, and memory cards.

While each form has its particular advantages and disadvantages, there are benefits and drawbacks to the backup type as a whole.

While uploading or restoring 200 GB worth of data is a time-consuming task no matter the backup type, offline data storage definitely has the edge. Its upload and restoration speeds are almost always going to be faster than that of online data storage, whose backup speed is almost entirely dependent on the strength of your Internet connection.

Nearly everyone keeps their offline backup readily at hand around the home or office. All it takes is for you to hook up your hard drive or plug in your USB stick and your data will start backing up in a snap.

The majority of offline backup media is small and lightweight enough to be conveniently stored in a desk drawer, or popped into a backpack to be carried around for safety purposes.

So long as they are not network drives with an internet connection, your offline backup is safe from cyber security breaches—a rarity in this day and age of ransomware, NSA snooping, and other security nightmares courtesy of the world wide web. 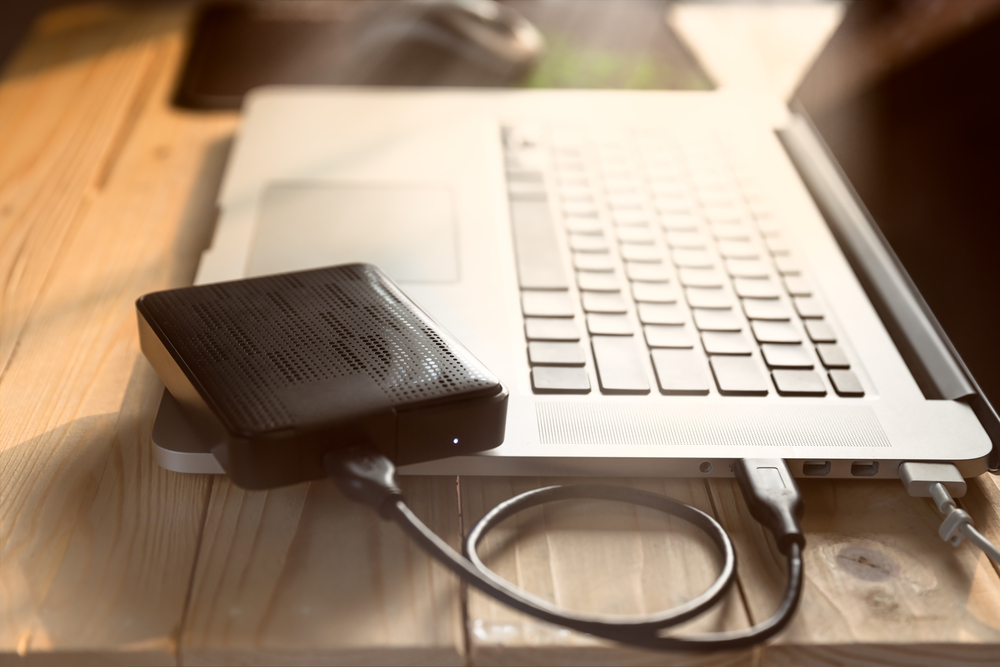 Even the most expensive and well-developed offline data backup media can be destroyed by anything from natural disaster to a knocked over glass of water. The physical vulnerability of things like CDs and external hard drives makes it a bad idea to use them exclusively, as once they’re gone, they’re usually gone for good—along with all of your precious data.

While not worth thousands, a lot of offline backup can be easily sold on eBay or at pawn shops for a decent chunk of change, making them a popular target for petty thieves. Worse still, a lot of offline backup is unencrypted and require no passwords, which means that any confidential information you have stored on it—such as bank statements, passport scans, or official documents—would be easily accessible to anyone who steals it, putting you at risk of losing much more than the cost of a 1 TB external hard drive.

Hard drives fail. Tape drives are desensitized by heat and magnets. Optical media becomes unreadable. There’s not a single form of local offline storage that doesn’t age and degrade. Every piece of technology you buy will die eventually—often before advertised—so you should never put all of your faith into a single piece of hardware.

Offsite backup services have become wildly popular in recent years, and a plethora of Cloud providers and plans are ready for the choosing for both individuals and businesses.

Pros and cons are typically specific to each individual Cloud provider, but there’s also a handful of each that apply to online backup in general.

Any online backup provider worth its salt will encrypt the data of its customers during both transmission and storage using high-level encryption algorithms such as 256-bit AES or 448-bit Blowfish—the same used by banks and government agencies!

If you have a Wi-Fi connection—which is in just about every park, restaurant, café, and street corner nowadays—you have access to your files. In addition to the standard web-based interfaces and client software, many providers have even gone that extra mile and created mobile apps, making accessing your data on the go infinitely easier and quicker than hauling around an external hard drive.

A tornado could hit your house, or you could be a victim of burglary, and you could still rest easy knowing that your personal data is safe offsite in the Cloud (well, not that easy, but you get what we mean).

Good online data storage services such as Backblaze and Carbonite clock in at $5 to $12 a month—the price of a cup of coffee (or two). While it does add up over the months of years, in the grand scheme of things it’s very little to pay for a peace of mind.

Is your offline backup solution run by an advanced IT team, guarded by 24-hour security, and kept in climate-controlled warehouses specifically developed to house data storage infrastructures? We didn’t think so. The cost of setting up anything even remotely close yourself would be astronomical, so why not take advantage of what’s already on the market for a tiny fraction of the price? 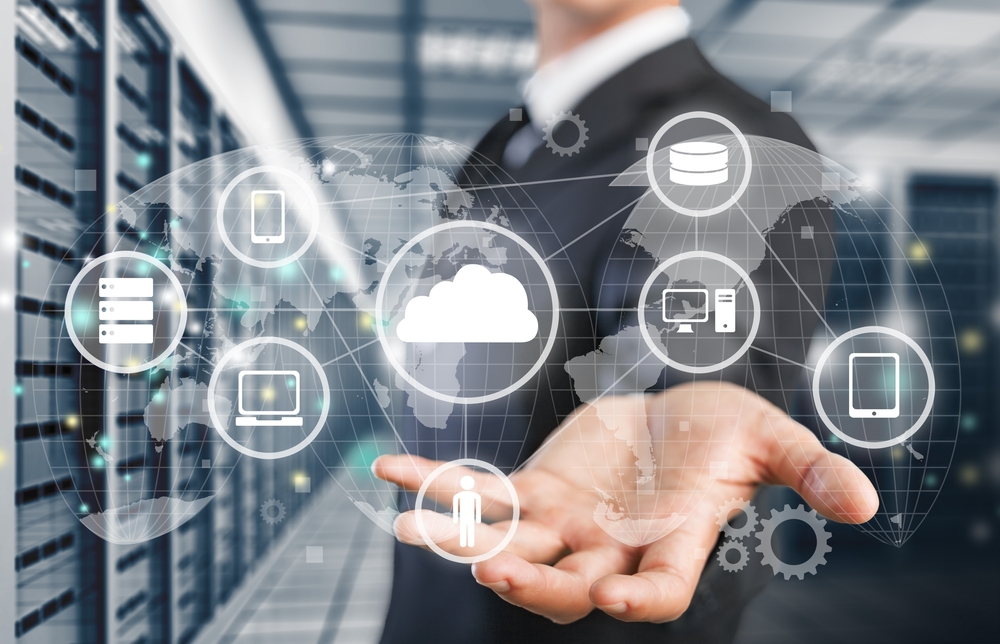 When you send your data up into the Cloud–be that iCloud, JustCloud, or otherwise–you’re placing your trust entirely in the hands of your chosen provider, which can be unnerving to say the least. On a smaller scale, it means that you have less control over it than over the external hard drive that you keep by your computer. On a larger scale, it means that if disaster strikes and their servers go down, your data goes down with them.

Completely reliant on your Internet connection

This is a major bummer, but the honest truth. If your Internet goes down, so does your ability to backup or have access to your data. If your Internet is slow, your backup and restoration will be slow as hell too.

Even if you’ve got a super-speedy Internet connection, it will almost certainly take ages to initially upload and backup your data. The same goes for restoration. Slow speeds are, without a doubt, the majority of people’s biggest gripe with online data backup.

The Differences Between Online Backup vs Offline Backup

So in the battle of online backup vs offline backup, who comes out victorious?

The answer is, ultimately, neither.

Yes, you read that right. Neither is better than the other.

If you want a fail-proof backup strategy that ensures both data safety and ease of access, you must make use of both types of storage. It might seem like overkill now, but trust us. Having more than two copies of your data on hand could mean the difference between keeping it safe and losing it all forever—and that is really not a gamble that you want to take.

Want to learn more about the best storage strategies for your backups? Read our data archiving guide next.

BackBlaze Partners With CloudBerry – Enticing SMBs To The Cloud
bool(true)

Online Backup for Music: Is it Legal?
bool(true)