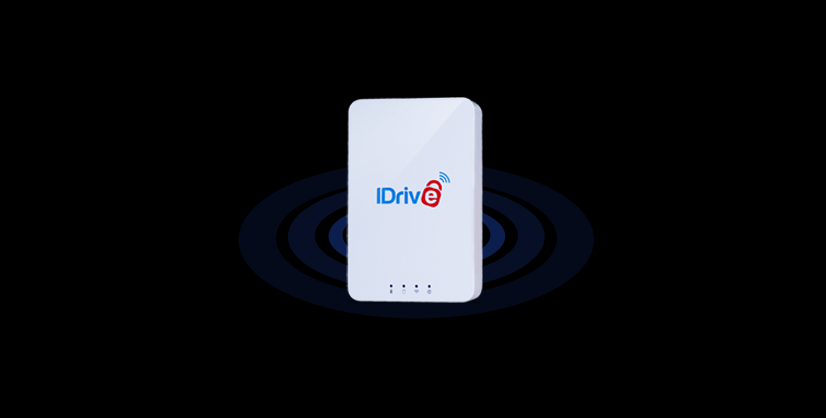 Just a few months after unveiling their low-cost archiving solution Nearline, IDrive have taken a few steps further towards the future of Cloud storage by announcing the release of new wireless storage device, IDrive One.

It’s hardly surprising to see this new endeavor coming courtesy of IDrive, who’ve never been strangers to pushing the boat out where features are concerned. Currently enjoying a flood of new customers courtesy of Bitcasa, that trend seems to be continuing as they capitalize on their success by rolling out a range of new products and schemes.

Their newest innovation takes the form of a combined physical storage device and wireless base station, which allows users to store and stream media via a personal Cloud, as well as extending and focusing their WiFi network.

Despite a few usability issues and one of the worst logos in recent memory, IDrive One’s competitive pricing (you can get a device with 1TB of storage space for $100, or 2TB for $150) and added extras (they’ll throw in a year-long 1TB subscription to the IDrive Cloud storage service for free) suggest that it’ll be a strong competitor in the wireless storage device market.

As well as predicting the success of this new development, it’s also worth taking a look at the motivation behind it. One of the biggest names in online backup today, IDrive’s instincts have served them well so far – so it’s worth paying attention to their recent departure from developing traditional online backup features. So what does it tell us?

A bit of context

There’s no denying that Cloud storage is a rapidly changing field. Since the beginning of 2016, we’ve seen not only Bitcasa but Barracuda Networks’ Copy.com and CudaDrive close their doors – not to mention SOS scrapping their unlimited storage plan, and Backblaze’s live data storage service B2 making it out of beta and into general release. But what is notable is that these developments all seem to be pulling in different directions.

For a long time, many of the biggest changes to online backup services revolved around the integration of Cloud storage features such as file sharing and synchronization, as more traditional providers adapted to the post-Dropbox world of collaborative working and instantly-accessible file storage.

Now that these features have become the norm, however, new innovations are being made by companies at the forefront of the industry – both with regards to personal plans and business backup solutions. While companies like Backblaze are attempting to take on the big guys and reach enterprises and developers in the market for large quantities of storage space with optimum access speed, other providers are condensing or shutting down their online storage plans and focusing their efforts on other ventures.

Where does IDrive One fit in?

So far, it appears that IDrive are hedging their bets by heading in several directions at the same time – although each clearly moves away from the traditional scope of online backup plans. But why?

As our understanding of internet security has been shaken by news of invasive national security measures and corporate data breaches, people’s faith in storing their data online has waned. It’s no surprise, as spies and hackers make it to the front page with increasing regularity, and more and more backup companies close their doors, leaving users in a mad rush to securely restore all of their data.

While backup providers such as SpiderOak and CrashPlan combat these concerns with stringent security measures, many users are clearly struggling to regain their faith in the system and, as a result, are beginning to look for backup solutions that keep their data in sight and out of harm’s way. Hence IDrive One.

The rise of the personal Cloud

Storing files in a personal Cloud is one of the newest solutions to grace the world of online backup – allowing users to backup and restore their files from a local device that they have complete control over, whilst also allowing for remote access and more flexibility than provided by an offline storage device such as an external hard drive or USB.

While personal online storage solutions were initially restricted to static, techy solutions like network attached storage, the rise of more user-friendly NAS devices by manufacturers such as Synology brought the possibility to a much broader audience – and opened the door to smaller, more convenient alternatives, too.

IDrive One is one such alternative – aiming to be quick, light, and easy to use on the go, it brings Cloud storage into the homes of individual users – accommodating their audience’s increased desire for control over their own data, without straying too far from their core product.

IDrive’s decisions thus far suggest that, while their original online backup service isn’t likely to disappear any time soon, the most promising avenues of expansion lie elsewhere. Whether personal Cloud storage is the way to go remains to be seen, but IDrive’s competitors should certainly take note of this move.

The current paradigms of traditional online backup and Cloud storage services are shifting already, and we’re likely to see them change even more in the months to come.

While there may not yet be a great migration towards a single new strategy, and industry giants like Dropbox and CrashPlan are likely to remain unshaken for a while, personal backup users are likely to see considerable diversification in the offerings of smaller companies – encompassing new takes on consumer-level data storage, such as dedicated archiving services and new home Cloud solutions.

For now, IDrive’s competitors and customers alike should keep a close eye on how their services are changing, and prepare for a new, changing future of online Cloud storage.